Meet and visit MÁLAGA with an Official Tourism Guide, it is a tour that will give you an extensive image of our historical-artistic heritage and that we advise, due to its duration, to divide between morning and afternoon. 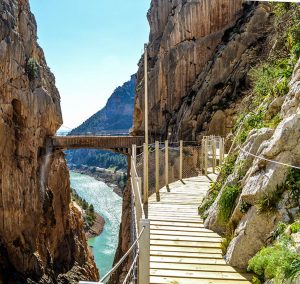 We propose some ways to get to know and visit MÁLAGA:

Populated the nearby areas since time immemorial as evidenced by the findings of dolmens, cave paintings, etc.

We know of the human settlement on the same city today in the time of the Túrdulos.

It was a Phoenician commercial colony and also a Greek one. He went through all the stages that chronologically marked the history of our land, Carthaginians, Romans, Germans and Byzantines, to become one of the main strongholds of the Islamic empire of Al Andalus, resisting with Granada, until the end, the challenges of the reconquest.

Malaga, capital of the Costa del Sol, is currently the sixth Spanish city in terms of population, economy, cutting-edge technology and the implementation of large companies.

With an international airport that connects the city with almost two hundred points of the planet. 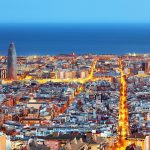